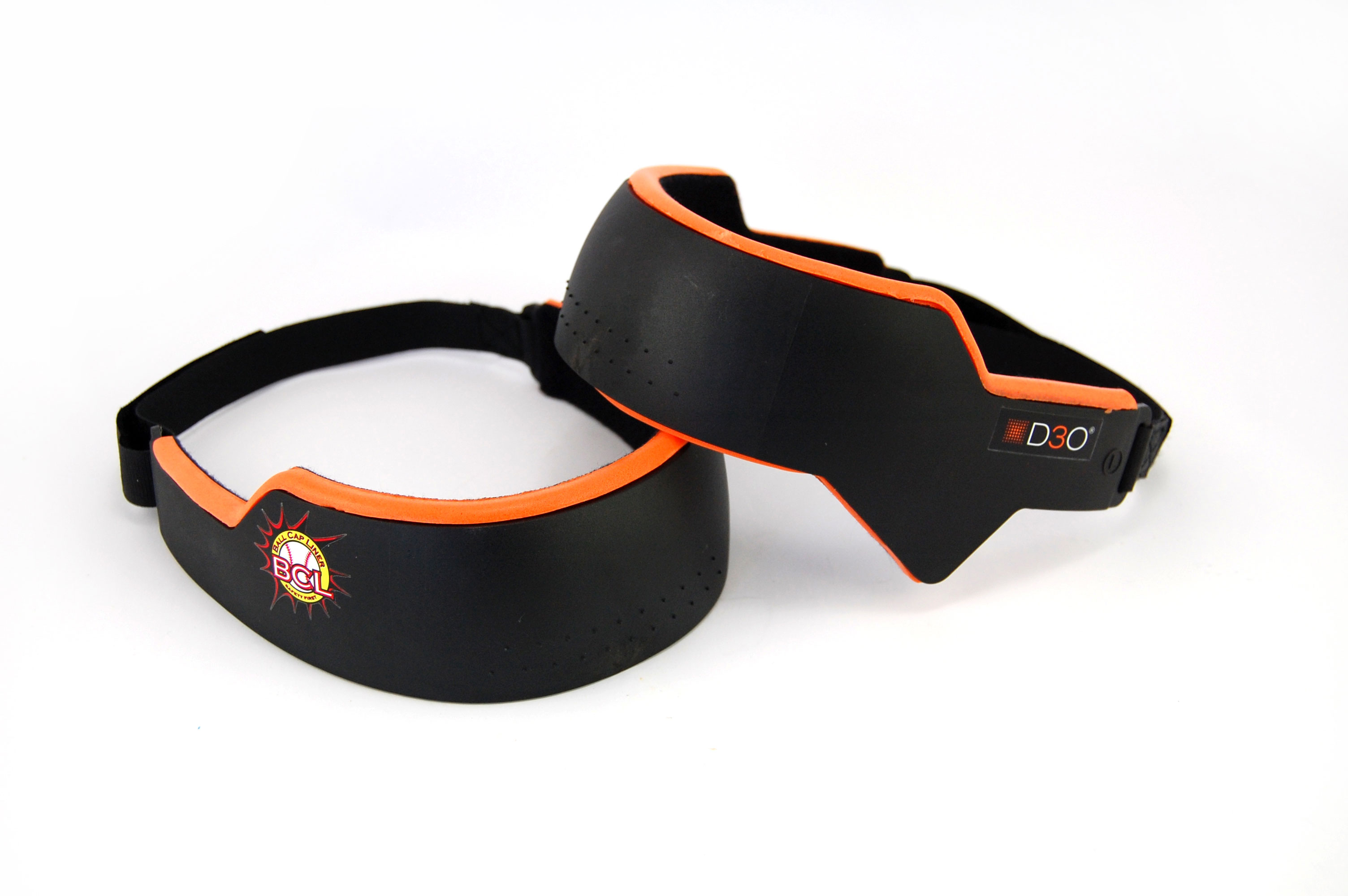 Fans of Major League Baseball (MLB) are likely familiar with the stories of pitchers J.A. Happ and Alex Cobb, both of whom were hit in the head by line drives. They may even have seen the Isoblox protective padding worn currently by Mets pitcher Alex Torres to prevent such an injury. In recent years head injuries caused by line drives seem to be more common at all levels of baseball, both professional and amateur.  The problem with the Isoblox is, well, see for yourself: the size! An endless number of articles on the Internet talk about “safety or vanity”. The majority of the articles are making fun of the size and form of the Isoblox; some refer to it as platypus’ bill while others say it looks like a child wearing a cap borrowed from his father. Some have even said Torres looks like a character out of Super Mario Brothers. 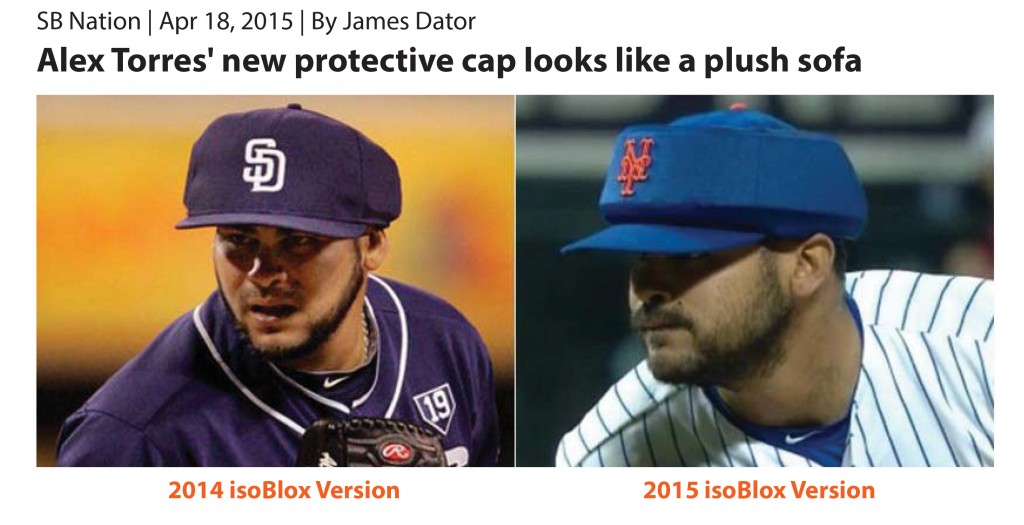 Alex Torres (MLB) wearing the Isoblox to protect his head.

In designing impact liners for baseball players, the challenge has always revolved around how to provide protection without taking away from the look and comfort of the traditional and well-loved baseball cap. With everyone on the field (except the catcher and batter) wearing only a cap, there is a definite need for protection, but what baseball players really want is something that can provide the required impact resistance without being bulky and unsightly.

The Solution: The Ball Cap Liner

Finally, a revolution in the sport!  There is now an extremely comfortable liner that not only feels good but looks good! Using a minimalistic and sleek patented design with patented advanced shock absorbing materials and weighing only 4.3 ounces, the BCL is the only protective liner other than the Isoblox to pass frontal impact standards for baseball and softball, as per ICS ballistic testing carried out in July 2015. Tests also showed the BCL offers significant side impact protection for glancing blows. For the record, all of the other impact liners on the market failed the test. In fact, many of them came nowhere near the standard. (For full test results and a side-by-side comparison of the BCL and Isoblox, visit our WEBSITE.)

With only about ¼” of thickness compared to over 1” of heavy padding of the Isoblox, the BCL is ideal, secure, and invisible. Unlike the bulky, hot Isoblox, the BCL keeps players cool:  the top and rear of the head remain uncovered for maximum ventilation. The BCL Incorporates two space-age materials: the patented D3O “smart rate sensitive” pad from the UK and patented “metal replacement” plastic injection polymer from Switzerland. The BCL is also the only product with a Temple Guard model that provides complete protection for the vulnerable temple area.

Unlike the Isoblox, the BCL attaches to the head, not the hat. Why is this important? If a ball hits the hat and it is knocked off, the protective shell of the BCL stays in place. The BCL is also the only product to pass the frontal impact standard testing that can actually ­fit comfortably under an adjustable ball cap or fitted cap sized one size larger.

When you consider all the BCL has to offer—space-age materials, performance that meets rigorous industry standards, extreme comfort, a weight of just 4.3 ounces, an invisible fit that maintains the tradition of the baseball cap, exclusive temple protection,  and competitive price—there is no reason for players and coaches at every level of baseball not to wear them.