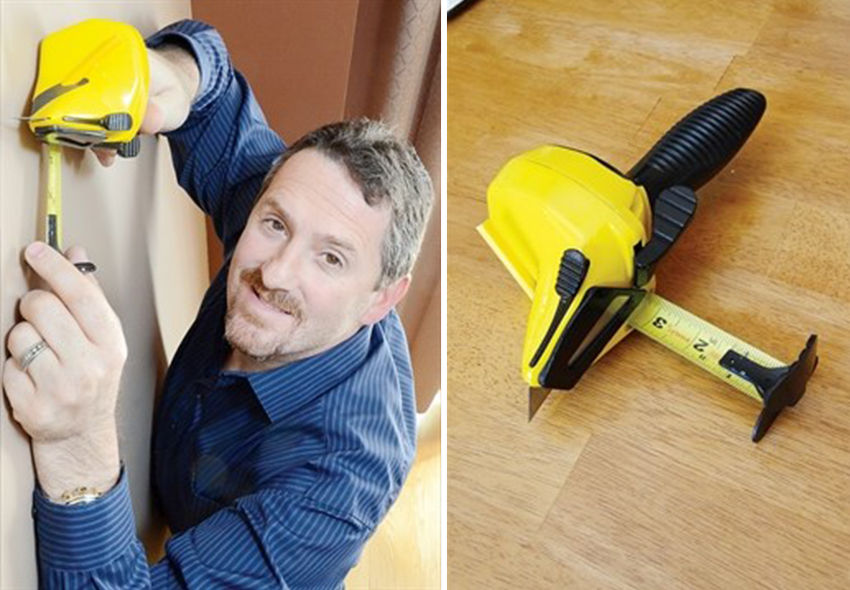 We found this great article from the inventor of the Drywall Axe. Adam Pauze approached Spark Innovations a few years ago with an idea he wanted to bring to life. At Spark we helped Adam develop his invention from the beginning stages of the concept, build his prototypes and helped with tooling until the product was a reality. Today Adam has signed licencing agreements with several large companies and is selling this tool world wide!

Check out the beginning of his story:

It takes a special kind of person to throw caution to the wind and sink $52,000 into building prototypes and applying for patents.
Adam Pauze is one of those people.
Two years ago, after taking a chunk out of his arm while trying to cut drywall, he came up with the plans for an all-in-one tool that includes a utility knife, measuring tape and pencil.
“Anyone who has cut drywall before knows that you can easily cut a four-foot piece with a square (tool), but an eight-foot is much more difficult, holding a knife in one hand and a measuring tape in the other,” the 20-year veteran of the trade said. “I have never invented anything before, but I thought this was a winner right away.”
Figuring out how to get the device onto store shelves wasn’t as easy as coming up with the idea.
After the first company he worked and spent $20,000 with didn’t produce a prototype up to his standards, he was adrift without much of a clue as to what to do next.
He caught a break when a friend got a job painting at the home of the owner of an industrial design company in King City called Spark Innovations.
“After meeting him, everything seemed to fall into place,” Mr. Pauze said. “I just believe in the product. I have shown it to Home Hardware and have a purchase commitment with them and I am meeting with a very large company soon to possibly take it worldwide.”
Although Mr. Pauze has dreams of making millions with the tool, which he calls the Drywall Axe, he is also realistic and understands just to break even, he must sell 10,000 and make $5 on each.
He also has to take into consideration his big-name business partner, former Montreal Expo Cliff Floyd, who he met years ago after marrying a woman whose daughter ended up marrying Mr. Floyd, who now lives in Florida.
“I am actually his step-father,” he said. “He’s the greatest guy you’ll ever meet. It feels great to have him support me.”
Now. the pair, who are also best friends, are in business together after Mr. Floyd provided half the cash to have the prototypes done.
The Drywall Axe will be an indispensable tool for years to come, Mr. Pauze said.
“I was in Home Depot showing a bunch of people the tool and they all loved it,” he said. “Unfortunately, a staff member told me I wasn’t allowed to be doing that and kicked me out of the store.”
Mr. Pauze won a Gold Medal of Merit for his display at the Inpex Trade Show in Pittsburgh in May and has four companies interested in licensing the Drywall Axe. 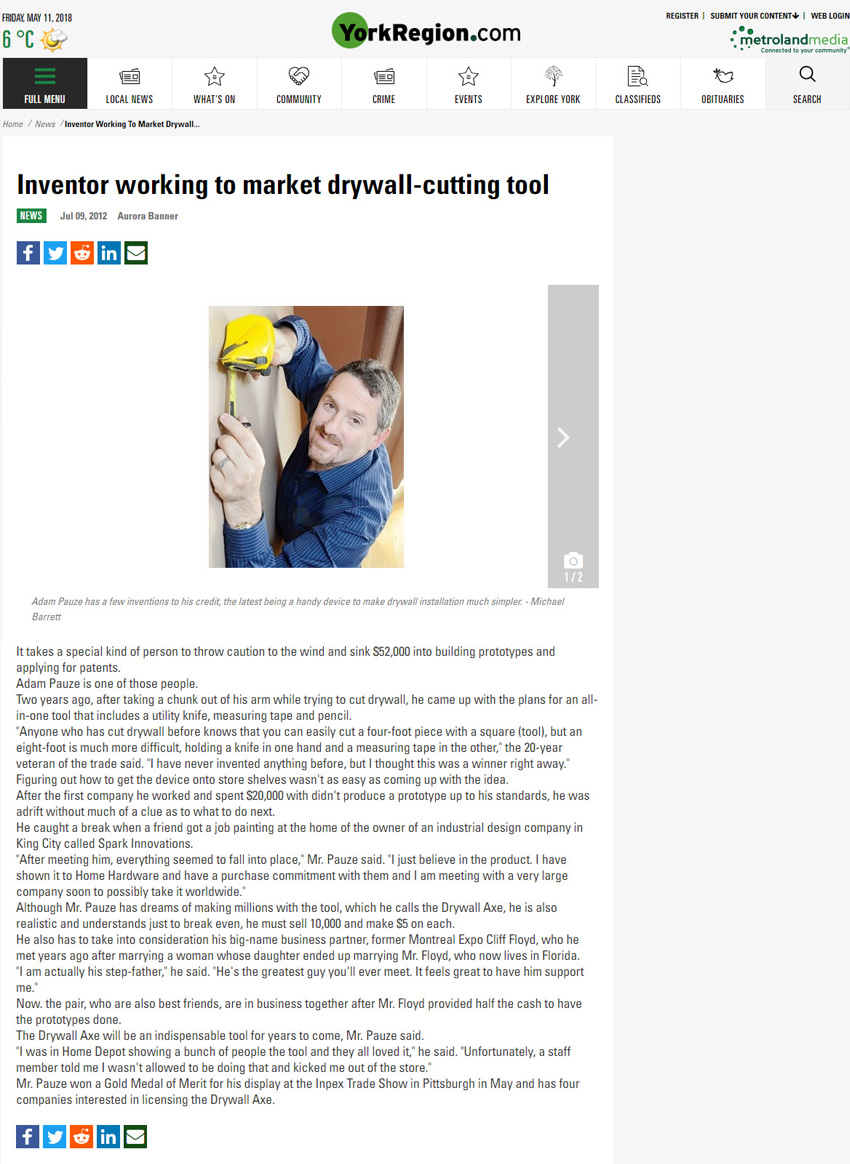