Manufacture in Canada or China? 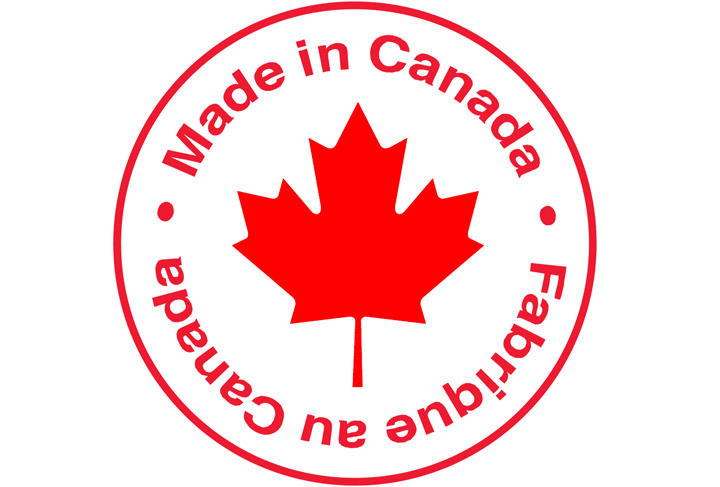 Manufacture in Canada or China?

If you are a Canadian inventor or just came up with a great idea that you want to take to the market you will be asking yourself this question. Should I manufacture in Canada or China?

We found a great article that explains the difficulties of getting products made in Canada. With examples of successful companies that manufacture in Canada this articles explains the advantages and disadvantages of staying at home.

Canadians often have to deal with the stereotypes about the Great White North when speaking with foreigners: ‘No. We don’t live in igloos. Yes. It is cold but not that cold.”

But sometimes these assumptions work out in our favour. Take for example Dani Reiss, the CEO of Canada Goose, who was at a tradeshow in Germany during his early days at the company, when he realized that Europeans trusted Canadian-made outwear to withstand the rigors of a frigid environment.

“For them, the connection between outwear designed for the coldest places on Earth and the Canadian climate was obvious,” he told Yahoo Finance Canada in an email.

The company, originally called Metro Sportswear Ltd., was founded in a small warehouse in Toronto by Reiss’ grandfather, Sam Tick, nearly 60 years ago, and its goose-down parkas, jackets and other accessories are still made in Canada.

But for Reiss, the benefits of manufacturing its products in Canada go beyond their air of authenticity.

He said he takes pride in the fact that the people who sew the garments at the company’s four wholly-owned facilities in Toronto, Scarborough and Winnipeg have been with them for “generations” and the role Canada Goose is playing in keeping manufacturing jobs at home.

“I … see the impact every day from our commitment in the new jobs we’ve created and in the success we’ve had in rebuilding the Canadian apparel manufacturing infrastructure,” said Reiss. “I’m extremely proud of our leadership in this area.”

Canada Goose’ efforts to get their products made at home stand out as production continues to migrate abroad.

According to Marvin Ryder, a professor at McMaster University’s DeGroote School of Business, part of the problem is that for many products, especially those he calls “high technology” such as phones, computers and TVs and textiles, there are inadequate facilities.

When an inventor creates a product and wants to get it made, they often can’t afford the cost of building their own. So, they are forced to subcontract a company that already has a manufacturing facility – which, unless it is for food or alcohol, are frequently abroad.

“It is just easier to go where they make things already,” said Ryder.

Ryder said the other issue is that there is often a dearth of workers with the right skills.

As trade was liberalized and manufacturing moved overseas, workers who have the specialized technical skills to create products have also disappeared and now congregate where the factories exist.

And Canadian companies are faced with the challenge of training workers from scratch, which takes longer and could delay vital initial profits.

Ryder said once a country loses these parts of the supply chain “it is very hard to get it back,” noting that many have pushed for the federal government to bail out embattled aerospace manufacturer Bombardier so that its technical knowledge remains in Canada.

“It is not that we can’t reproduce that, but it is very expensive to reproduce it and a company would have to then work that into their cost of doing business,” he said. “And so far, it is just easier in a global economy to go elsewhere.”

There are benefits to keeping operations in Canada, however. Ryder said despite there being access to cheaper workers abroad, Canadian manufacturers can often counter that by being more productive, which has led to the reshoring of some companies.

“There is a point where what you make up in production efficiency does not necessarily cover the lower wages, so you can come back to Canada,” he said.

He also noted that many countries that companies had chosen as home bases for their operations have seen the organization of labour movements, which in turn has created a demand for better working conditions, benefits and higher wages.

This has minimized the cost advantage even further, prompting some businesses to look at new Asian economies, and, Ryder predicts, to eventually consider countries in Africa.

Keeping production at home also has the added benefit of reducing transportation and logistics costs.

Ryder says this is the biggest problem involved with international manufacturing.

Transporting finished products to markets around the world can often involve several different forms, from ships, trains, trucks and planes, and costs rack up along the way.

Companies also have to deal with different rules and regulations abroad, and all the various parties involved.

There’s also the added issue of ensuring the quality of production. When Canadian companies subcontract internationally it is sometimes difficult to ensure products are made to the correct specifications.

As for the companies that stayed in Canada, many of them survived simply because “they really good at what they do” and have been recognized as such on the global stage, said Ryder, citing homegrown ice wines as an example. “If you make a really good product, the world will still order from you,” he said.

“If you’re trying to sell something to the mass market at a lower price, the pressure to go overseas is just so huge,” he added.

He said this is particularly the case for products that are priced at a premium. For these types of goods, consumers are willing to shell out more and thus companies can afford to keep production at home.

And for Canada Goose, whose jackets can cost more than $1,000, the approach appears to be working. It is hard to go far without spotting one of its trademark patches or fur-lined hoods in the winter, and its numerous imitators.

The company has quadrupled sales over the past five years, with revenues topping $392 million last year.

Reiss admits keeping Canada Goose products made in Canada “hasn’t been easy,” but they’ve made it possible by purchasing and retrofitting facilities, developing its own manufacturing technologies to increase output and implementing employee training programs to expand capacity and ensure new sewers get the right skills.

“When other apparel manufacturers moved their business offshore to improve margins, we stayed here because we believed that for us to be an authentic brand with strong, iconic values, and to make the warmest jackets for the coldest places on earth, they had to be manufactured in Canada,” said Reiss.

“It was a difficult call, but by making that decision and investing heavily in it, we became successful.”

Ultimately, Ryder said it is vital that products are made in Canada because it helps the country retain technical knowledge and promote economic diversity.

Without diversity, an economy is at the mercy of one market, which can turn on a dime, he said, pointing to Alberta’s recent struggles.

“If you’re only good at one or two things then your economy lives and dies by those.”